Would universal basic income make us lazy or foster innovation? 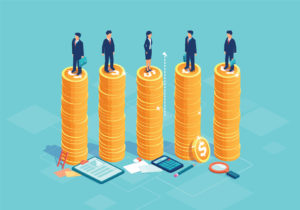 What would you do with your life if you were guaranteed to have a certain amount of money coming in no matter what? Would you keep your job and save the extra cash for a rainy day? Would you go back to school? Quit your job and focus on that invention you dreamed up but never had time to work on? Start your own business? Sit around and watch telly all day? These are questions the idea of universal basic income aims to answer.

The concept has been around at least since the 16th century when Thomas More wrote Utopia. One impetus for the recent rise in popularity is concern that automation will leave many workers unemployed. University of Melbourne economists concluded in 2017 that robots are not, in fact, taking our jobs. Recent jobs data indicate that automation is opening new fields for future job seekers. The Greens are the only major Australian political group currently in favour of the idea, but there is support for a universal basic income among many economists. VENTURE takes a closer look at the arguments for and against universal basic income and the trials other places have held.

Though there are several variations, most universal basic income proposals would give a fixed amount to every adult regardless of affluence. In this scenario, everyone from the unemployed to high net worth individuals would receive the same stipend. This differs from a guaranteed basic income, which would give money only to those under a certain income threshold. Proponents say a universal basic income would combat inequality and end poverty.

“With the radical way that the nature of work is changing, along with increasing inequality, our current social security system is outdated,” Greens leader Richard Di Natale said. “It can’t properly support those experiencing underemployment, insecure work, and uncertain hours. A modern, flexible, and responsive safety net would increase their resilience and enable them to make a greater contribution to our community and economy.”

As Dr. Tim Dunlop argues in his book Why the Future is Workless, 760 million employed adults worldwide don’t make enough money to put them above the world poverty threshold (about $3.10 per day). For those in this predicament, they are trading their time for payment enough to keep their families alive but not enough to thrive. They might not have skills for or access to higher paying work.

A basic income adherents argue, would give people the freedom to take entrepreneurial risks. “We need to create the conditions for a society that is more self-driven, where people are free to do the work they choose to pursue, which also tends to be the work people are best at,” advocate Scott Santens, who sees universal basic income as an “innovation accelerator,” wrote on Futurism. “And the only way we can do that is to make sure that everyone has sufficient income to live regardless of any conditions.”

In an editorial for the Sydney Morning Herald unsubtly titled, “A universal basic income would create a permanent underclass,” Matthew Lesh of the Institute of Public Affairs, wrote “The inevitable result of the UBI, paying people to not work, is that fewer people will work. This would create permanent underclass living at subsistence level — enough to survive, but lacking in the dignity of purpose in life provided by work and envious of those better off.”

It’s a common sentiment among opponents of the idea. If you give people money for nothing, they’ll have no incentive to work and thus they won’t. Lesh also argued that fears of artificial intelligence causing mass employment have proven to be unfounded. The percentage of Australians working manufacturing jobs has decreased from 25 per cent 50 years ago to 7 per cent now, and unemployment rates have held steady.

Labor MP and former economics professor Andrew Leigh thinks Australia’s current welfare system does well enough already to promote economic equality. The country “has the most targeted social safety net in the world,” he tweeted along with a graphic showing that cash benefits in the welfare system are 11 times more likely to go to the bottom 20 per cent of earners than to the top 20 per cent. “Why gives billionaires the same amount as battlers?”

The Greens proposal would have universal basic income as a supplement to welfare, rather than a replacement. With government estimates of nearly $200 billion in welfare spending this year, that would necessitate a major tax increase. “Its catastrophic impact would see the biggest taxpayers in Australia, the banking sector, become unprofitable and shut down and his plan for universal taxpayer handouts would see our nation bankrupted in a matter of years,” Liberal Sen. Eric Abetz said. 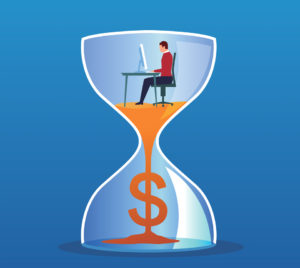 Experiments in universal basic income have proved inconclusive for a variety of reasons. Foremost of those is that none has been universal. The most extensive has been a two-year trial in Finland that wrapped at the end of December. The Finnish government gave 2,000 unemployed citizens €560 (approx. $880) apiece monthly. It will take some time for full analysis, but recipients did report less stress and had a higher level of trust in other people and civil institutions than the control group of 2,000 who received no stipend.

Interestingly, the money did not appear to have much of an effect on whether the 2,000 unemployed people found jobs. This seems to leave the argument in a stalemate. The Finnish government’s hope was to make it more likely that those people find work, thus making the experiment a failure in its stated goal. But supporters will point out that getting money for nothing did not make people less likely to seek work, either, countering a main opposition argument.

Ontario, Canada, started a three-year scheme in 2017 in three regions of the province. Seven in 10 participants had jobs, but low paying ones. After elections brought a more conservative party to power in 2018, the government cancelled the scheme. Payments were made through March of this year, so we have an idea of whether the programme was successful soon.

In Italy, where 20 per cent of citizens are at risk of poverty, the Five State Movement government is instituting a “citizen’s income” for households earning less than €9,360 (just short of $15,000) annually. This is more along the lines of a guaranteed basic income scheme, as it will be paid based on income. Those receiving payments will need to reapply after 18 months, which should give an indication of whether the income is lifting people out of poverty or just keeping them afloat.

It may take some time before we know what effects a universal basic income would have, but with a lack of political support for the idea, Australia is unlikely to be the setting for that grand experiment.