What would a post-capitalist society look like, if it was to avoid replicating the failed Soviet model? In which, important ways, will its economic and social institutions be dissimilar to modern capitalism’s? Will the market have a place in that society’s scheme of things? If the answer to this last question is yes, and assuming that its market economy will be far removed from what passes for laissez faire, what forces will shape and regulate the market?

What all, if anything, will stay strictly off-limits for markets? What kind of glue will hold together a society that enshrines justice, fairness and equality as its core principles, even as it continues to have markets and competition driving its growth? Yanis Varoufakis’s latest book, Another Now: Dispatches from an Alternative Present, addresses itself to these questions. This is the economist-political activist’s first foray into fiction, to boot, science fiction – although the narrative here both builds on and derives from what clearly is an article of faith with this former Greek finance minister: that there is life after capitalism. In other words, that ‘another now’ is no utopia, and an ‘alternative present’ is well and truly within humankind’s reach today. 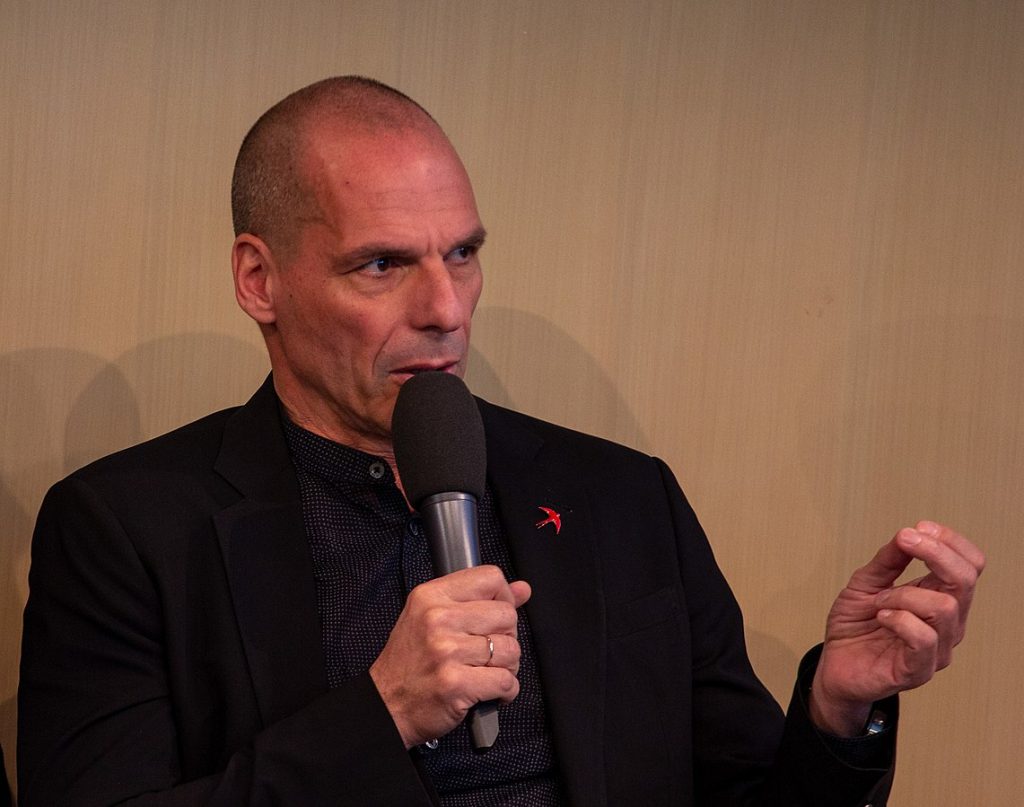 But in fleshing out his idea of the alternative present, Varoufakis needed to break much fresh ground: for, although the literature on how capitalism can possibly transition to post-capitalism is admittedly copious, there is very little by way of an explication of the shape of things after the transition. Karl Marx himself abstained from specific comments on the economics and economic institutions of socialism, and said nothing about what communist society would likely look like. Nothing, that is, other than the laconic catchphrase that his Critique of the Gotha Programme popularised — “From each according to their ability, to each according to their needs” – which is fine as an overarching principle, but hardly a workable guide to action.

A very large majority of 20th-century socialists implicitly believed that a post-capitalist society would be based — to quote from the constitution of the British Labour Party — “on the common ownership of the means of production”, generally understood as achievable by nationalising a country’s industries. Every would-be socialist regime began, in its time, to reorganise its economy around this principle which, together with an architecture of centralised planning of virtually all input and output across all the sectors of the economy, served as the prototype of ‘really-existing socialism’. Every other facet of its post-transition society was necessarily improvised by that society according to its own lights and its own special circumstances, and there was precious little that two of such societies had in common, the (then) USSR and China being cases in point.

And the 1980s and 1990s blew really-existing socialism into smithereens. Socialist states imploded, or mutated into pathetic apologies of socialism. Worldwide, if movements for social and economic justice did not fully run out of steam yet (principally in Latin America), they were routinely overwhelmed by both the shrill rhetoric and the predatory practices of neoliberalism. A ‘spanking new spiv capitalism’ managed — thanks to colossal taxpayer-funded bailouts — to shrug off the disaster of the 2008 meltdown, began to pretend nothing had changed, and stepped up the decoupling of financial capital from the real economy — evident in the dizzying rise in many stock market indices despite a crippling COVID-19-induced slowdown.

At the same time, governments everywhere arrogated to themselves massive new powers, ostensibly to combat the epidemic and its fallout, but in effect capitalising on the opportunity to delegitimise dissent and fully disempower the chronically marginalised. The blueprint of a humane alternative to financialised capitalism has, therefore, never been a more pressing need. In Another Now, Varoufakis attempts just that. 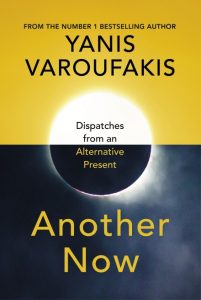 Another Now: Dispatches from an Alternative Present
Yanis Varoufakis
Penguin, 2020

The first thing to note about Varoufakis’s blueprint is that the model it foregrounds is one of democratic socialism. Here democracy and socialism not only coexist: they mutually reinforce and deepen each other. The model breaks down into the following main components:

Another Now goes on to draw the contours of the regulatory and judicial systems, too. Special attention is given to delineating the regulatory oversight of the use of shared resources such as land. Everywhere, the emphasis is on simplicity, transparency, and nondiscretionary decision-making. And on the spirit of open democracy that suffuses every public institution. 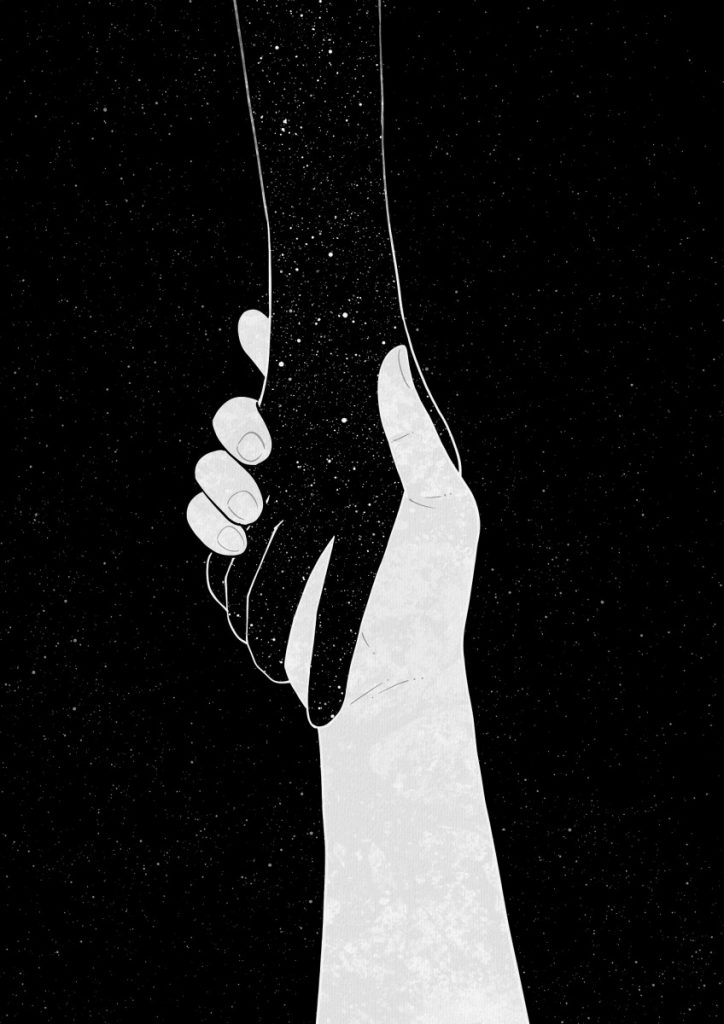 The disagreements and dissatisfactions about the 21st century necessitate a new kind of socialism. Photo: Cdd20/Pixabay

This is not to say, however, that everything in Another Now functions like clockwork. Checks and balances falter sometimes; powerful people try to manipulate elections just the same; patriarchy refuses to die; sometimes gender and sexual politics still play out in unwholesome ways; migrants in search of better lives are not always welcome. Overall, though, there is strong public opinion in favour of justice and common decency, and nearly every deviant behaviour shows up as an outlier. Be that as it may, that thorny issues can survive broad-spectrum social change is a sobering thought.

But it will be a mistake to read Another Now as a political treatise, even though its aspirations are clearly political. Varoufakis has crafted an endearing tale around the lives of three very dissimilar, but equally feisty characters: a maverick technologist, a non-dogmatic Marxist-feminist, and a libertarian ex-banker.

Their disagreements and dissatisfactions about 21st century capitalism provide the backdrop against which the book’s socialist blueprint is projected, assessed and finessed. It is their brainstorming sessions and never-flagging dialogic zeal that drives the story forward, but the characterisation is nuanced enough that one looks forward to their animated encounters and interfaces with pleasure. And the story builds up steadily and surely, never ever allowing the momentum to slacken.

Also read: Is The Global Left’s Fantasy World One Worth Fighting For?

At the plot’s core lies an ingenious thought-experiment involving a tiny, subatomic fold in space-time which apparently opens into ‘an Einstein-Rosen wormwhole’, making it possible for our protagonists to communicate seamlessly with ‘another now’, the living utopia around which the story unfolds. The transition from ‘our now’ to ‘another now’ is believed to have taken place through a process which comes across as a tad wishy-washy, but this, after all, is the story of an imagined future, not of our dreary present, and if dreams do not fly on wings of fancy, what will?

The great merit of Another Now lies in the courage of its conviction that a decent, humane future for all of us is not only possible, but it also may really not be very far from us even as we go through our quotidian lives today. By reimagining the future as an altered present — however radically altered it may be in some ways — the book imparts a sense of immediacy to the old but enduring dream of a just society. Written in a crisp, lively idiom, Another Now is not only a marvellously good read — it is a notable addition to the literature of social change.

Anjan Basu writes on a range of issues. He can be reached at basuanjan52@gmail.com.